Enter a fun community where you can adopt a virtual pet, dress up a human avatar with thousands of different clothes, and make friends on our forums! Join today to pick a pet, get a starter kit of cool items and start having fun right away! Hundreds of users are enjoying Subeta right now. Why aren't you?

How is it possible that festive themed baked goods are the best baked goods? Start your delicious season with this month’s collection from the Cash Shop.
12/2/20 1:24 pm 47 Comments
Posted by 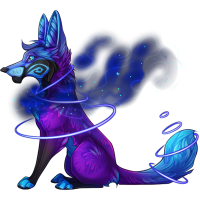 Surprenante the Custom Galactic Kumos has won the Pet Spotlight!

Luminaire: What is it?

It’s the jolliest time of the year, didn’t you know? Let’s unpack just what you can do during Luminaire.

Each day throughout the month, Melody will be giving out new treats. There are two achievements regarding Melody’s Cottage. If you visit every day through the 25th, you’ll receive an Essence of Melody, which is essential to making a Nostalgic Pet! If you make it every day of December, you’ll get the Melody Regular 2020 achievement. We haven’t added an item prize yet, but there will be one before the month finishes.

What would Luminaire be without a tree? Choose your 2020 tree and have fun decorating it. You can even add a backdrop to your tree! If the tree or ornaments aren’t showing up, clear your browser cache and try again. You can mass add all ornaments from your inventory to your ornament inventory here.

How do you get ornaments? You can donate sP to Melody after visiting her cottage for the day and receive an Old Box of Ornaments. When you open the box, you’ll find a random selection of ornaments. If you are missing ornaments, please file a ticket.

Only want friends to leave your gifts under your tree or maybe no gifts at all? You can adjust your Luminaire gift settings here.

Throughout Luminaire, you can sign up for Mysterious Melody. Once you get a partner, you can send gifts. Remember it’s the thought that counts, not the sP amount. If you need to take a break or you’re going to bed for the night, you can send a message to your partner to let them know. <3

Spread joy on the Luminaire Forums. We’ll keep these forums open until January 5, so any contests can be finished up after Luminaire ends.

Rendwing. That’s the name I’ve been hearing over and over in the village markets. Mostly in whispers and hushed tones, but not out of fear or disdain. If anything, the locals speak of this creature with a kind of begrudging reverence. He’s a large pale lasirus that started off as a bully committing the usual antics of stealing food and being a nuisance, but something happened that changed his attitude.

One day, when he was busy trying to nab the last coconuts from a beleaguered vendor, he was confronted by a pack of hungry manchus who had the same idea. A pretty nasty scuffle ensued, leaving poor Rendwing with a face full of scars and tattered wings. He crawled off into the jungle and the locals thought that would be the last they saw of him. With their competition out of the way, the manchu pack became more emboldened and started raiding more often.

Of course, if Rendwing’s story ended there, then you and I wouldn’t be out here, so you can probably guess what happened next. Locals are doing what they can, fighting off thieving manchus, locking up fruits and stuff, and then this big shadow glides over the village. There’s a barely audible “whoosh” as the shadow swoops down, grabs a manchu by the tail and then chucks the critter into the sea. The rest of the pack starts howling and hollering, another big brawl ensues and, let me tell you, Rendwing does not lose this time. Apparently, no manchu pack has been seen near the market since that day, they’re all way too afraid to come back.

Unfortunately, there’s no Red Rreign feel-good ending here, as Rendwing does still come to nab what he wants. The locals are just a little less annoyed by it. So! Something to keep in mind before we confront this beast: He was left completely blind by the initial scuffle, but his hearing is extremely acute. Which is great, because it means I’ve spent all this time running around in the jungle with a rustling pile of leaves on my head for no reason. Anyway, when you feel you’re ready, take a look at this Omen Islands Obscured Caverns Legendary Track from the Cash Shop and let’s track him down!
12/1/20 6:53 pm 16 Comments
Posted by

Do you hear the sound of jingle bells? Do you smell the faint aroma of a Luminaire tree? It can only mean one thing, Luminaire is finally here!

Make sure to visit the ever cheerful Melody at her cottage for a daily treat.

The Cash Shop challenger for November will be released later today. Chrysariel
Click here to explore all of the pet species and colors Subeta has to offer!
Random Avatar Spotlight